This is my Experience on Firefox growth Campaign and Mozilla Awareness Week at C.Abdul Hakeem College of Engineering and technology (CAHCET), Melvisharam , vellore, Tamilnadu, India.

You can See my previous Firefox Growth Campaigns here:

On my previous Visit to Vellore, One of the Attendee Mohammed Saqib was so interested to start a Firefox Club in his college. He wanted me to conduct a Mozilla Awareness and Firefox Growth Campaign in his college prior to a Cub Inauguration.

As the Foxyeah Campaign was going on July Month. I immediately accepted his request and Started planning for the Event.

Since it was Ramzan Month, The Event was Scheduled to be conducted after the Ramzan Festival.

A day before the Event, I had my Final year project zeroth Review. So I departured at 10:00pm from Koyambedu, Chennai and reached vellore by 2:00AM.

I then Started preparing PPT for the Event.

I woke up at 8:00AM in the morning, booked a cab from Vellore to the Venue.

One of our Mozillian from Vellore and Club lead of Global Institute of Technology joined me. We then reached the Venue by 10:30AM.

The organizer from that college received me and took both of us to the Guest Room. We refreshed and preparing few talking points.

At 11:00AM, the organizer Mohammed Saqib took us to the Seminar hall. 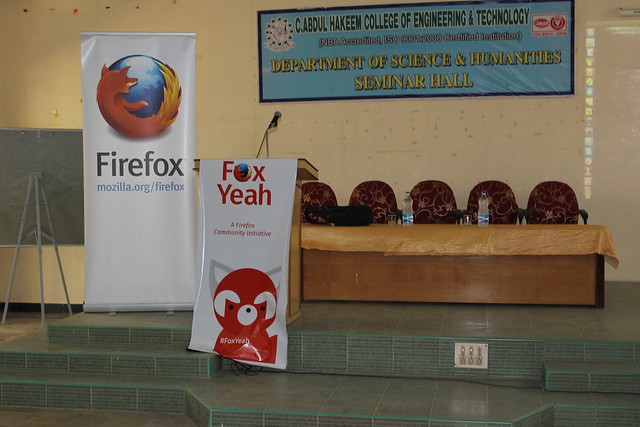 The Students were all Excited. There were nearly 250+ Students who were from 2nd year and 3rd years of IT and CSE.

One of the Student gave a welcome speech and hand over the mic to me. 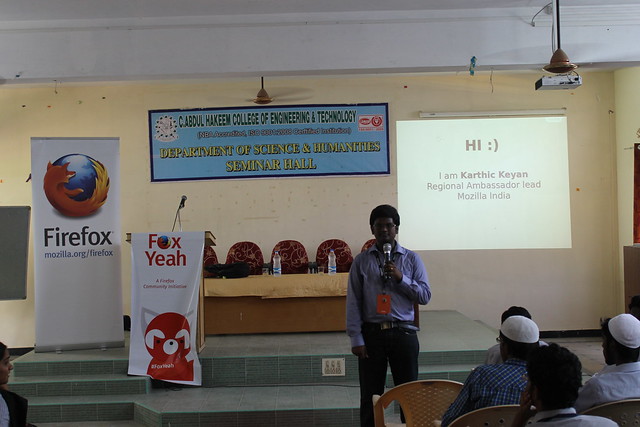 One of the Audience Started asking questions on Open Source. 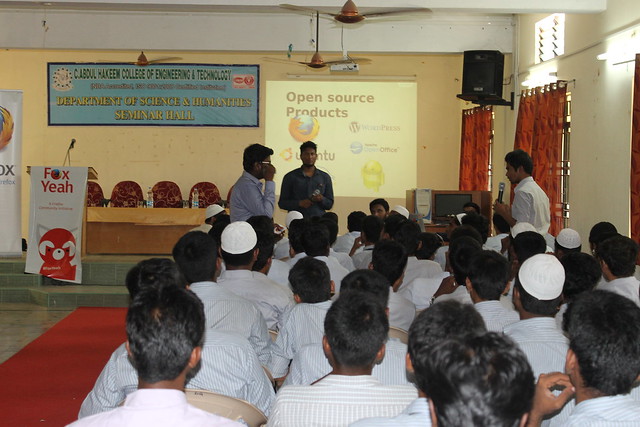 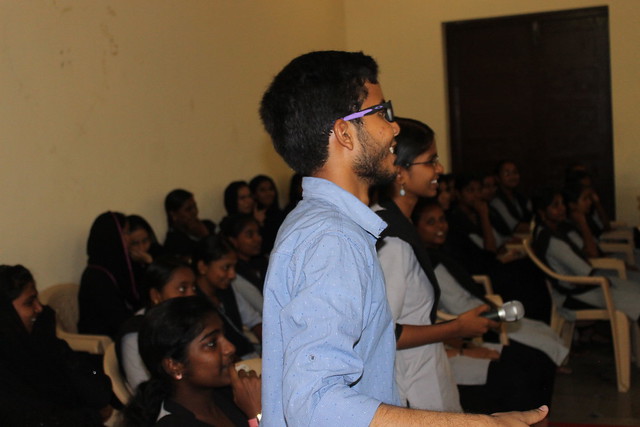 Then Started giving intro on Mozilla. and explained them Ways of contribution to mozilla.

I gave interesting facts on Firefox- The Awesomeness of the Web, The Open Web concept, Web Literacy Initiative. The audience were fascinated by fact that the entire firefox browser is made by many Volunteers. 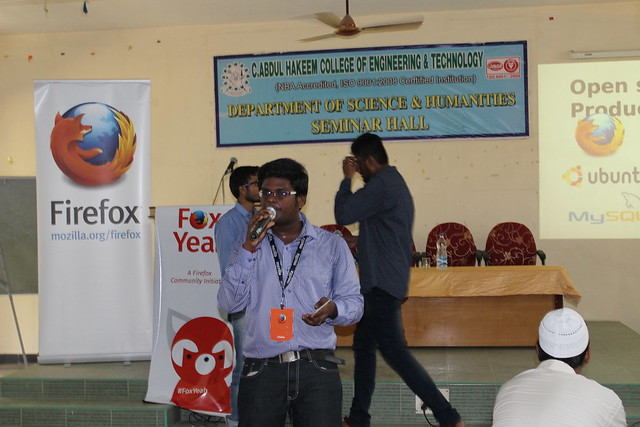 The next Important question I asked the audience “Are we Safe on Internet?” and then the topic went to some privacy issues and how firefox tackles it. 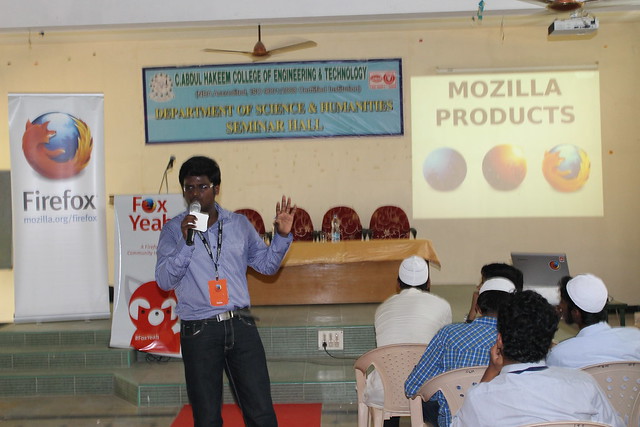 I then showed them 3 different Firefox browsers- The Developer Edition, Nightly browser and the Ordinary browser. And explained them each one of them.

Then I told them about the Makerparty. and showed them few Maker party videos from Nashik, Kochi, Chennai. 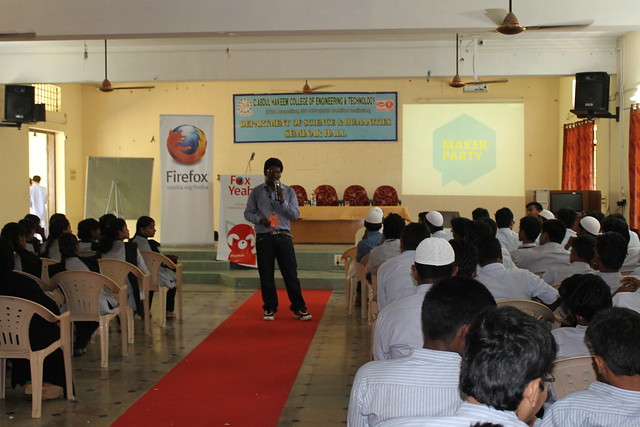 I showed them few Events pictures done by Mozilla Tamilnadu Community. Everyone were so excited to be a part of Mozilla. 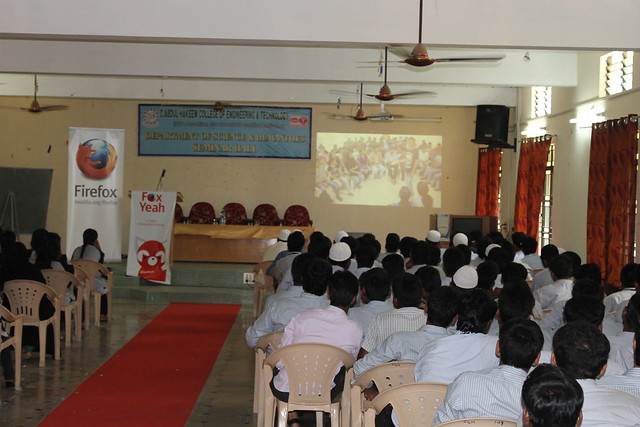 These are the Feedback we got from Students. 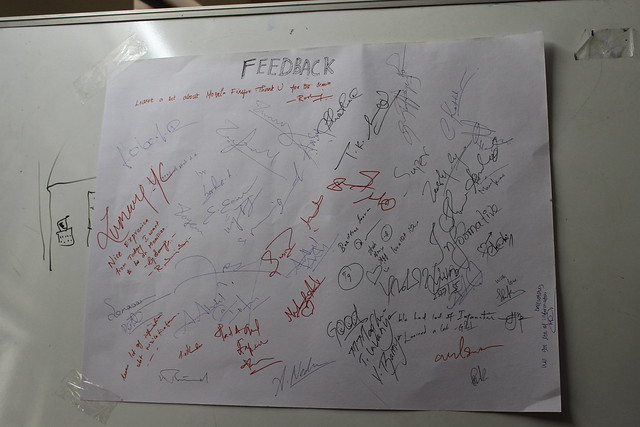 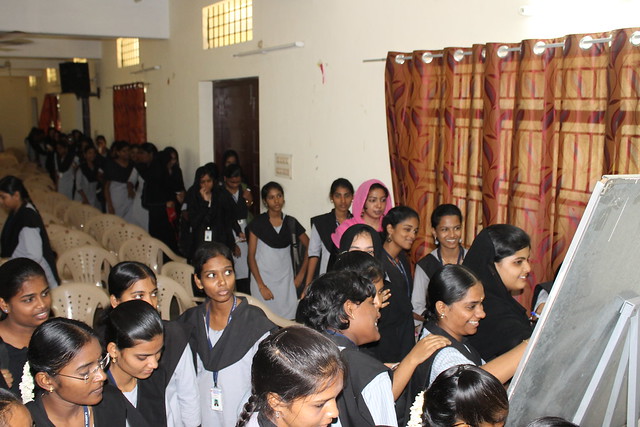 Finally with Volunteers and Organizer,we Cut the Foxyeah Cake and Celebrated with Lots of Selfies 😀 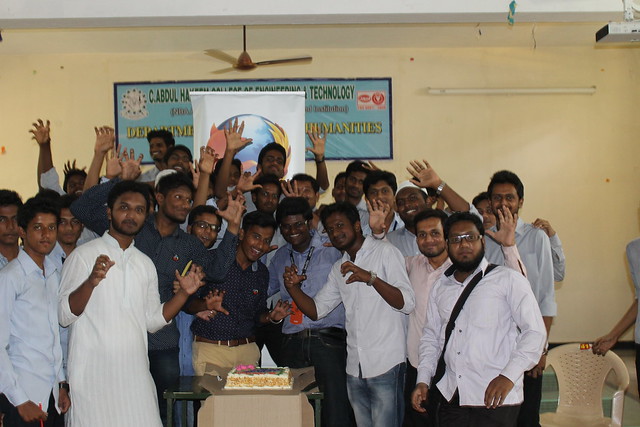 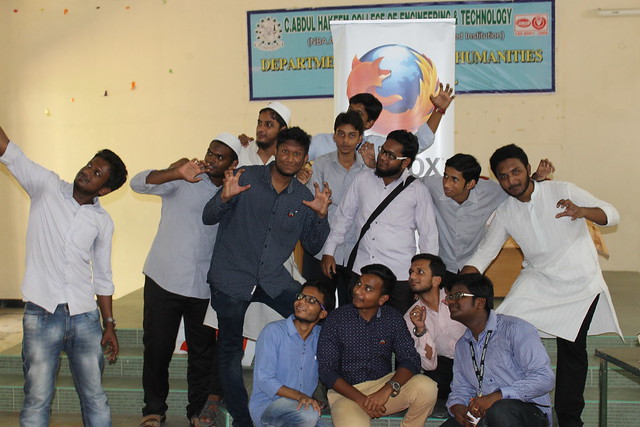 We had our Lunch and Few of the interested audience came to the Guest room and We Discussed on How to Actively conduct FSA Events and gave them handouts to get a overview of FSA program.