Last year, I had the privilege to inaugurate the Mozilla Campus Club at KCG College of Technology, Chennai. @Sayaji Shikar was the Club lead there. The club had hosted several internal workshops/sessions in their campus.

A month ago, I met @Sayaji Shikar during the ILUGC(Indian Linux Users Group, Chennai) Meet at IIT Madras where I had come to deliver a talk on WebVR. We discussed on hosting an inter-college 24hour hackathon at KCG college.

We decided to have 3 parallel sessions.

Me and 2 reps from Chennai( Viswa and Khaleel) joined us for hosting a 24hour hackathon. Sayaji and his team took care of all arrangements, logistics etc. His college management was very supportive of this initiative.

This was the very first time in Chennai. A college is supporting a 24hour inter college hackathon within the campus. Everyone was excited about the event.

I reached the college campus at around 10:00AM where I was welcomed by the club office bearers and the college management.After the formal speech by the principal, Vice-principal, HOD of CSE Department. I gave a welcome address. later, we split ourselves into respective breakout sessions.

The Audience were mostly from 2nd year and remaining were from 3rd year.

I started with my own way of story telling. My experience in FOSS projects. How I started to contribute to FOSS. 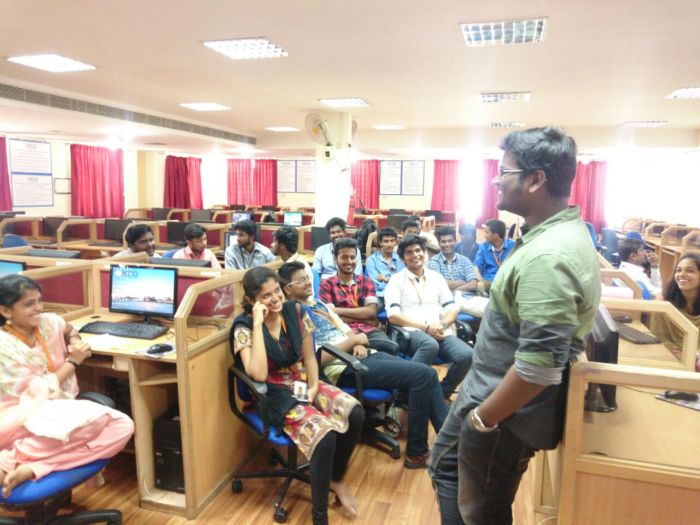 This went until 7:00 AM. We then dispersed for Dinner.

Around 8:00 PM we all set to work on our projects.

The participants were split into 3 in each team. We had a total of 13 teams.

The theme of the hackathon was Festivals of India. Each team was asked to pick one festival and create a webVR scene with at least 5 pages. 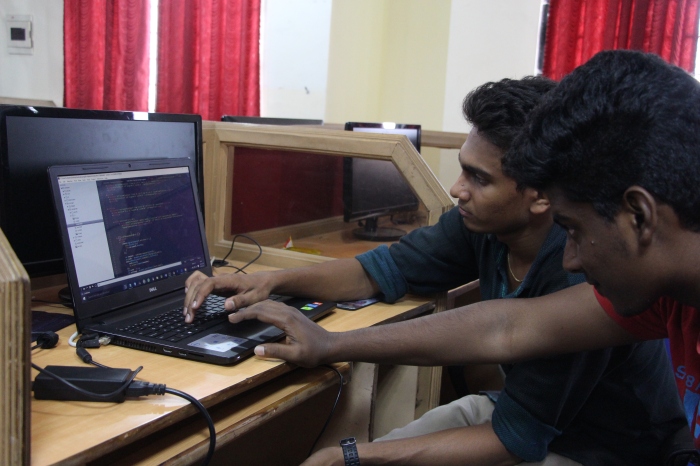 I was mentoring around the teams and providing feedback, ideas and technical support. I was able to mentor them until 3:00 PM, Later I took a nap. But, The participants were tirelessly working on their project all through the night.

I woke up at 6:00 AM and I could find everyone busy in working on their project. Few had interesting technical queries. I had to sit with them to find out solutions. 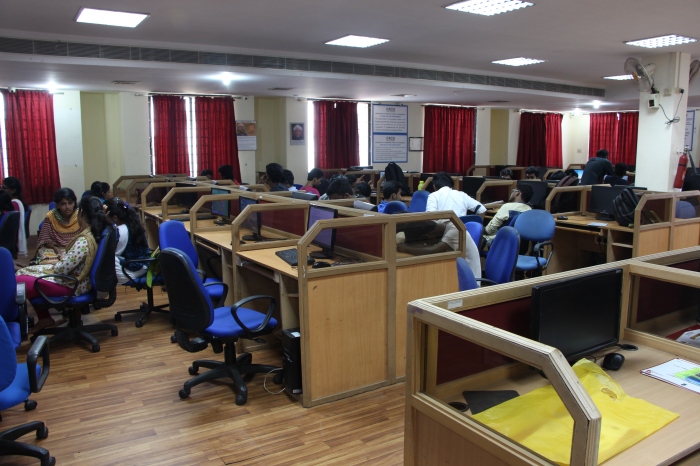 By around 9:00 AM. HOD of CSE Dept has come over to see how well the hackathon is going on. We had a thoughtful talk on various issues students face in learning new technologies, programming languages. HOD of CSE Dept had assured us to provide us a maker space at Guindy to be utilized for any knowledge sharing sessions.

Later, We started to judge the team makes. We asked each team to demo their makes.Everyone tried out their best to put up a great trade show. One of the makes really fascinated me and that team was declared as the winner of the WebVR hackathon. 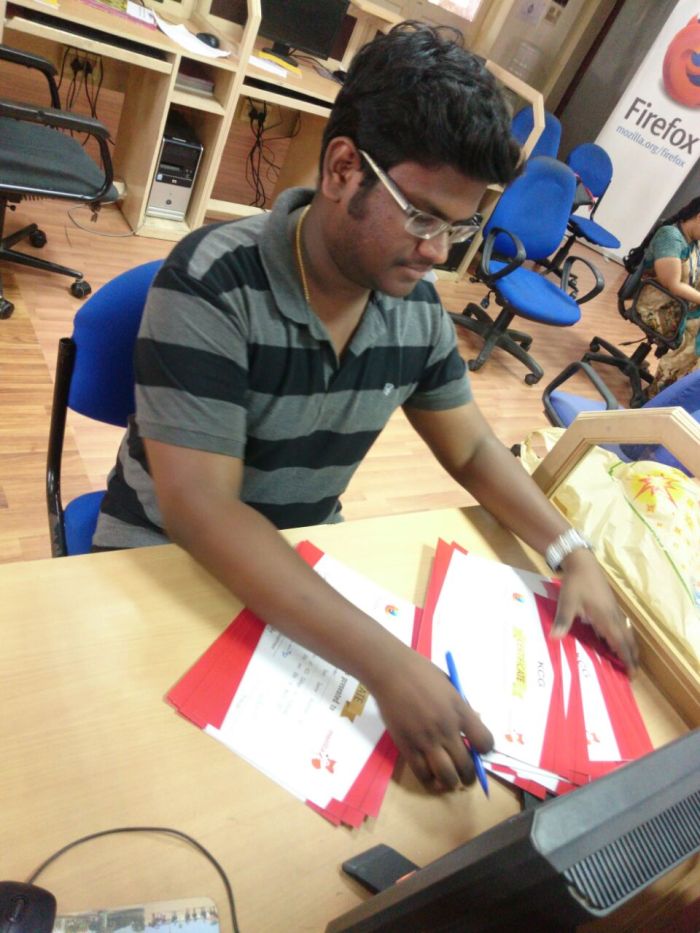 Around 11:00 AM, The Entire participants, HOD of CSE dept, staff coordinators gathered up at the Auditorium. We distributed Prizes to the Winners and distributed consolation certificates to all the participants. At the end, I spoke about Mozilla Tamilnadu Community and how the contribution could be taken further. 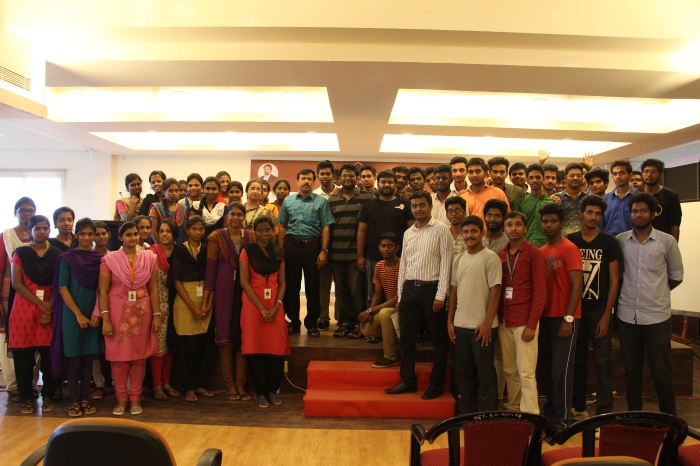 After the Vote of thanks, we took a group pic and left for the day.

LINK TO THE PROJECTS